Yesterday morning I was catching up on my blog reading and I came across a great post from one of my favorite bloggers Michael Anderson  at Running Around The Bend titled “Can’t We All Just Get Along?”  He wrote about finding a lot of negativity and people judging others on the web and especially in blogs.

After I finished my morning coffee I set off on a super hilly 10 mile run with my husband.  We chatted about this and I explained a bit more in depth how this blog post came to be in the first place.  We had a really thoughtful discussion about this until the run got too hard and we finished the last few miles just grunting, but the post was spinning in my head the entire time.

To be honest, I was a little bit surprised only because I feel like I have filled my blog world with some incredibly positive people.  I don’t really follow blogs that tend to whine or take negative spins.  On the other hand I am super lucky to have really thoughtful and kind followers who are always leaving positive feedback and encouraging me along my journey.

However, I do completely agree that there is a general attitude of negativity these days and people often get caught up in the belief that their way is the correct and only way.  Whether it is how you approach your fitness or diet routine or especially the way many view religion or politics there tends to be a “my way or the highway” attitude.  People can’t fathom why others don’t agree with their personal beliefs and tend to assume that those on the other side are simply just “wrong.”

After our run we went to a local diner just down the road from our lake house.  This place makes everything from scratch and is known for their various baked breads.  When we walked in it was packed full of locals on their lunch hour and lake house families who were up visiting for the week.

Shirley’s only has about 10 booths, a few seats at the counter, and one big round table in the back.  When we came in we got the last booth and two gentlemen were eating at the table in the back.  After we ordered I noticed a family walk in; a husband and wife, three children and a grandfather.  They were informed that there would be a wait unless they wanted to eat at the counter.  The parents kindly said not to worry they would just wait.

The gentlemen in the back table were just starting to eat their meal.  But I overheard one man remark to the other that they should move so the family could sit down.  Without a word, they picked up their meals, moved them over to the counter and told the waitress to give the table to the family.

If that was how the meal ended I would have been thrilled but the greatness keeps going. 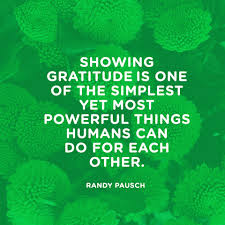 After the family sat down my husband leaned in an told me that the dad got up and very discreetly pulled the waitress over.  He told her to please put the men’s checks on his bill.

I started to tear up at this really thoughtful act of kindness.  I was speechless.  And the greatness kept on going….

I remarked to my husband that it was a wonderful lesson for his kids to learn, that you can do something nice for another person as an act of gratitude.  But my husband said that the kids didn’t know because he did it so quietly.  The dad did it so discreetly, nobody noticed except my kindhearted husband.

When the men went to pay their bill the waitress informed them that it had been taken care of.  They were shocked and waited around to thank the family.  He stopped and said, “Thank you for taking care of our meal.  You really didn’t need to do that.”  The father responded and said, “It was our pleasure, you didn’t need to move.  Sometimes it comes back around.”

That quote has me tearing up again.  Sometimes it does come back around.  For every annoying thing that has come your way, there is that one amazing thing a friend or a stranger has done, even a simple act like waiting to open a door for you.  So instead of sitting around waiting to see something great happen, do something great for someone else.  Sometimes it comes back around.

29 thoughts on “Sometimes It Comes Back Around”