Hello there!  We are back in the states after a lovely week in Aruba. We are tan and totally unrested. But such is life with a teething baby.

Over the last few months I have been dealing with some humorous situations that are both disappointing and ridiculous. Rock and I were chatting about them during a run the other day and he said, “These are so nuts you have to blog about it.”

Starting back at Christmas I ordered our holiday cards from Snapfish.com. I have ordered from them for years and have loved their products and awesome deals. In fact, I order a lot of photo books and things for projects for our programs in NYC and at home. In the past year or so they started messing up orders by sending them to other addresses, but each time I called the 1-800 number and received my order within days.

So when my cards arrived on photo paper instead of card stock, I assumed it was my fault and quickly reordered the exact same order again and made certain it was on card stock. I was relieved when it arrived days before Christmas and on the correct paper. But just as I was about to send them out, my mother-in-law pointed out one major flaw. They were all signed by the Andersons. We are not the Andersons! 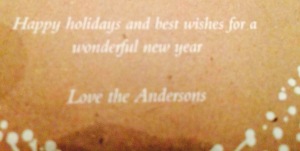 Lots of typos there too!

It was too late to reorder so I shrugged it off and crossed out the incorrect name and signed it with ours. We joked that it would be humorous for years to come.

And then the second half of my order arrived. I ordered ornaments with photos of our family as well as photos of family members with baby Mary. This is what I received: 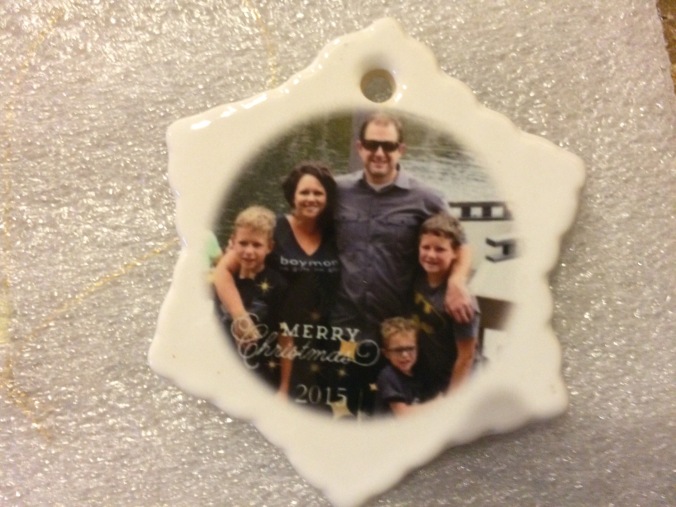 At this point I was more than annoyed and went to call Snapfish. Guess what?  They no longer have an 800 number and you can no longer speak to a live person. All contact must be done online with their chat service.

I waited several minutes and finally spoke/typed with someone who had very broken English. When they offered to replace my cards, I pointed out that we no longer wanted them. I was given a 50% refund. And then I was told that my ornaments would be redone and rushed to me.

I waited a month before contacting Snapfish again to let them know that our Christmas gifts had not arrived. They told me to look for an e-mail. I received it days later and it stated that they wanted to confirm our satisfaction with their service. I immediately responded and told them I was absolutely not satisfied and had not received my product. 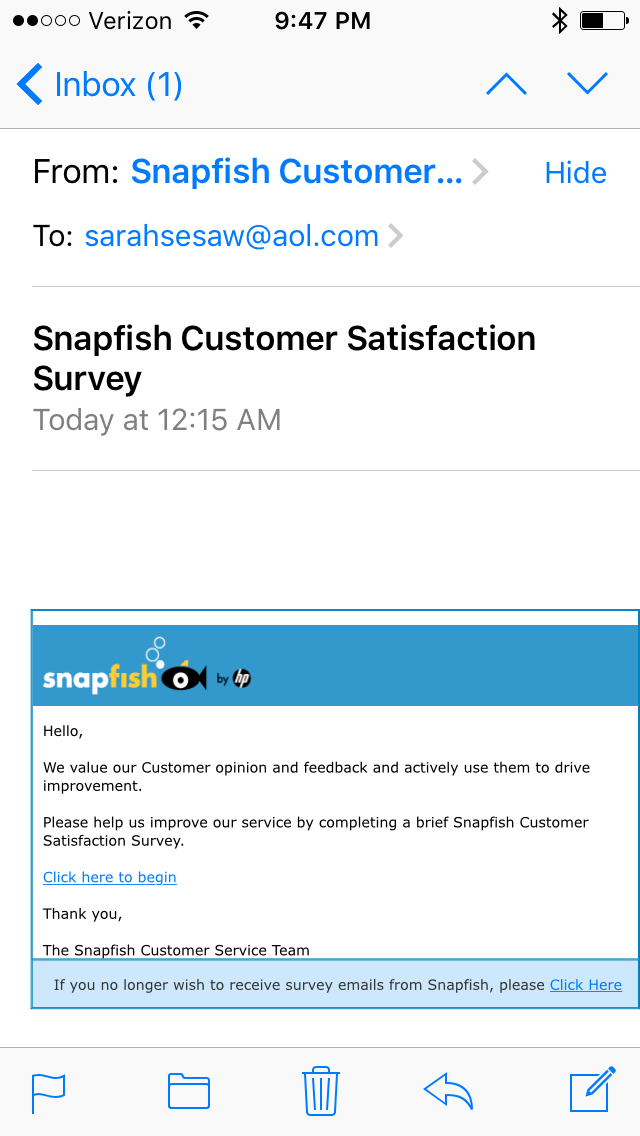 We are currently waiting to see if we receive our order…..

Meanwhile, Rock purchased a pair of Yurbuds for me as one of my wishes for Christmas. I have weird ears that won’t hold earbuds. And I love this product (as you have seen me rave about on here on multiple occasions).  I wanted a set that has the microphone because I use them when I coach groups and also to walk the baby and dog and still manage phone calls.

Two weeks into using them, the microphone stopped working. I e-mailed Yurbuds to let them know and waited for two weeks for a response. When it finally came, it read, “We are contacting you to ensure that our response to your e-mail was satisfactory.”

Again, they had never responded. I e-mailed back and said that no it was not satisfactory, because I was never contacted in the first place. And two weeks later, I have heard nothing back.

So here are my questions for you:

Is it a red flag when a company does not allow phone access anymore?  And have you watched a company you love change their service for the worse?

And what earbuds work for the earbud inept?!

13 thoughts on “When Customer Service Stinks… You Blog About It”